auDA has posted its response to the recommendations of the Policy Review Panel. They rejected a number of the changes proposed by the Policy Review Panel, including the majority of the changes designed to outlaw domaining. The proposal to prohibit the registration of domains for the primary purpose of resale or warehousing has been rejected by auDA on the following basis:

They cite the lack of evidence for the conclusions reached by the Policy Review Panel and suggest further information would be needed before making any changes to the policy in this respect.

Finally, auDA are also in support of the Policy Review Panel’s recommendation to strengthen the local presence requirement by only permitting the registration of domain names based upon trademarks that are exact matches for the string. (This is a reversal of the current policy that allows for registrations based upon non-exact match trademarks). As suggested in our original article, this could have negative consequences on some brand holders who currently hold .au domains based upon non-exact matches with Australian trademarks.

These latest draft policies are open for further public comment until 10 May 2019.

The term domaining refers to the practise of individuals or organisations purchasing domain names in order to resell them at a premium. It is a fairly common practise that can be profitable, as some individuals have made many millions of dollars. It has become an accepted part of the domain name industry, although some believe it to be a practise that adds little value. The auDA, which operates .au, the Australian country code Top Level Domain (ccTLD), believes this is the case[1] and recently announced an amendment to their policies in an effort to curb domaining within the .au namespace. We’re not aware of another registry – at least one as significant as .au (which has one of the largest ccTLD zones, with over 3.1 million registered domains[2]) – that has a similar policy. Thus, an important question is whether such a novel restriction can be effectively enforced.

The policy amendment to prohibit domaining is part of a range of proposed reforms published by auDA for public comment. Currently registration is only permitted under third level extensions, such as valideus.com.au but the new policy proposes opening up registrations directly under .au (such as valideus.au), and prohibiting misspellings of a brand name, entity, or person. The full set of proposed changes can be viewed here.

Domaining, or “registering any open 2LD [second level] domain name for the sole purpose of resale or transfer to another entity”[3] is actually already prohibited under the existing auDA policies. However they concede it has been difficult to enforce as it is not easy to demonstrate that a name has been registered for the sole purpose of resale. In order to try and close this loophole, auDA proposes amending the policy to state that “a registrant is prohibited from registering any available 2LD domain name for the primary purpose of (a) resale, (b) transfer to another entity, or (c) warehousing.” To bolster the enforcement of this rule, if a Registrant cannot disprove the majority of the following indicators, they will be presumed to be in contravention of the above rule if: 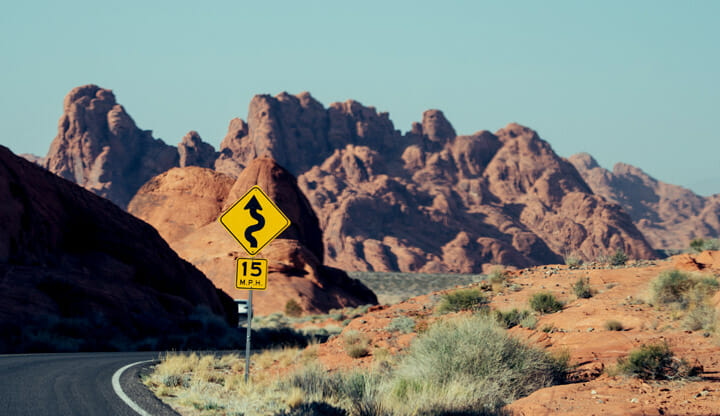 In an unrestricted TLD it would be hard to enforce such a policy as any person or entity is eligible to hold a domain, and Registrant details are generally not validated. This means that various loopholes could be exploited, such as using false registrant information, or registering through different entities.
However, the .au namespace currently operates as a restricted TLD and the proposed new policy would have those restrictions tightened further. Under the current rules for the most commonly used second level extension – .com.au – the Registrant must either have an Australian trademark (though the domain need not match the trademark) or be a registered Australian entity (company/association, etc.). Under the proposed new policy, these requirements will be maintained but, if based upon an Australian trademark, the domain name must now exactly match the mark. This new rule will further limit the scope of eligible Registrants and means that any Registrant will be verifiable in either the trademark register or company/association register. The current policy contains a separate rule, which allows for Australian applicants to register a .com.au domain simply for the purpose of domain monetisation (such as hosting a pay-per-click site) – a significant loophole that domainers could exploit. It is proposed that this domain monetisation rule be scrapped under the new policy, a further sign of tightening restrictions. It is hard to imagine any domainer prospering under these proposed new rules if the rules are correctly applied.

Direct Registration of .au domains: A chink in the armour?

As outlined above, a major change proposed to the auDA policy is to open up registrations directly under .au. This plan seems somewhat at odds with the strategy of tightening restrictions in the .au space, as the intention is to operate .au as an unrestricted extension, save for requiring Registrants to have an Australian presence. Depending on how such a policy is implemented, it could potentially open the door to domaining under .au even as the registry is seeking to outlaw it. For example, an Australian individual could register 100 domains in their own name and 100 domains in the name of a company of theirs, and potentially another 100 domains in a second company. Without thorough checks on the ownership of Registrant companies and cross referencing, it could be challenging to prevent such a practice.

Are there any downsides to the Proposed auDA Changes?

In addition to the question of whether enforcing the policy is feasible, there is the question of whether or not there could be negative consequences. Some brand owners could be adversely affected by the new policy. For example, imagine a non-Australian based company currently holds a .com.au domain on the basis of a non-matching Australian trademark. The domain was registered for a campaign or marketing venture and does not correspond to any trademark owned by the company. Under the new policy, the Registrant would likely lose the domain. auDA are undoubtedly aware of this potential consequence, but that will not be much comfort to brand owners.

The proposed policy changes aimed at curbing domaining in the .au namespace are certainly bold. The fact that such an approach is rare might suggest it is unenforceable. However, when examined in light of the restrictive eligibility criteria applicable to most extensions in the .au space, it would seem feasible that such a policy may be successful. However, the creation of unrestricted direct registration under .au could dilute the overall effect of the policy by allowing domaining to prosper under .au even if it’s reduced under the more restricted extensions (such as com.au and net.au). For this reason we find it conflicting that auDA propose introducing unrestricted, direct .au registrations at the same time as attempting to reduce domaining practices. Finally, brand owners should be aware that some of them could encounter challenges with eligibility if the new rules are approved.

The proposed new policy is currently open for public comment however, input received after the closing date is often still considered.

For strategic input on your domain strategy get in touch: experts@valideus.com

[1] “Rationales for this rule [preventing speculators] may include that the Internet community is better off if the Australian domain name space (being a scare resource) is utilised rather than warehoused in part, and that domain name speculators add little value to the Australian domain name space.” https://www.auda.org.au/assets/Policies/panels-and-committees/2017PRP/auDA-PRP-Reform-of-Existing-Policies-Implementation-of-Direct-Registration-Final-Report.pdf?utm_source=web&utm_campaign=prpfinal&utm_content=fg, section 3.3.