There are three key differences between the base registry contract and most legacy contracts:

The first of these has generally been viewed as the incentive for the legacy operators to accept the latter two provisions.

For gTLDs introduced from 2012 onwards ICANN has not included price caps, allowing registries to set their own pricing. The only qualification on this was that registries would not be able to discriminate between registrars by offering different prices to different registrars, and that adequate notice of price increases should be given to allow registrants to register or renew at the old price. In contrast, non-sponsored legacy TLDs included some form of price cap. The move to the base registry agreement for .ORG, .INFO and .BIZ will see these price caps removed (.ASIA never had price caps). Historically, these price caps have prevented the respective registries from increasing the price of domain names more than 10% year on year from a designated initial price.

Also of note is that Specification 7 provides for the development of additional RPMs. This means that registry operators are able to develop further mechanisms to protect and support brands in their TLD space. However, introducing additional services, such as additional RPMs, does involve a contract amendment process with ICANN that includes a public comment period. 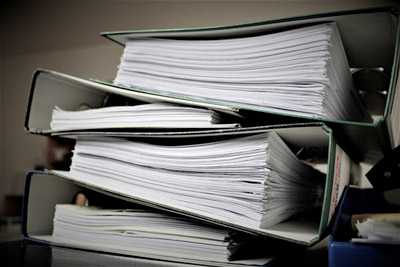 Public Interest Commitments (better known as PICs) are set out in Specification 11 of the base registry agreement. The commitments contained in Specification 11 require that the registries only use accredited registrars and undertake certain steps to mitigate DNS abuse. In 2012 a number of applicants elected to add voluntary commitments including a commitment to run the registry in line with the statements made at the time of application. These voluntary commitments were aimed at addressing concerns in the ICANN community about how the TLD string could be misused. Significantly, the commitments included as PICs are subject to the PICDRP – Public Interest Commitment Dispute Resolution Procedure – which enables individuals or groups to commence a formal dispute procedure if they believe a registry operator has not complied with their PICs. The PICDRP is in addition to the standard compliance process used by ICANN.
Each of the registry operators with a registry agreement being renewed has adopted the standard PICs to mitigate DNS abuse and operate the registry in an open, transparent and non-exclusive manner. The proposed .ASIA registry agreement also sets out voluntary PICs. When the DotAsia Foundation initially applied for .ASIA, they included a number of commitments on how they would operate .ASIA with the support of the Asian community. These initial commitments have been retained. This was not the case for the other three registry operators whose contracts are also up for renewal, and who were awarded contracts for their TLDs.

What the changes in registry agreements mean

Assuming the registry agreements are adopted in their proposed form, then brand owners and security professionals will be happy with the additional RPMs and PICs included in the contracts. As with new gTLDs, brand owners and security professionals rely on the registry operators to enforce these provisions with their registrars. However, brand owners, particularly small brand owners, are likely to be worried about potential future price rises due to the removal of the price cap. Any significant price rises could impact on a brand’s ability to hold names defensively, opening them up to harm to reputation.

If you are interested in submitting a comment on any or all of these renewals, the links and closing dates for public comments are as follows:

If you would like a strategic advice on your domain portfolio, get in touch