ICANN Announces Planning for Round Two of New gTLDs

ICANN has published a short paper in advance of its 65th meeting in Marrakech which starts on 23 June 2019. Entitled, “ICANN Org’s Readiness to Support Future Rounds of New gTLDs”, it describes ICANN’s working assumptions for “policy implementation and operational readiness for a subsequent round of new gTLDs”. The document is necessary for ICANN to move forward with essential preparations for the next round. It is a thin document – only five pages – so the assumptions are high level, but they provide some useful insight to those brands thinking about applying for a top-level domain in the future or the protection of their marks.

According to Jeff Neuman (Com Laude’s SVP for the US), who serves as one of the Co-Chairs of the SubPro PDP, “this is an important milestone for ICANN to begin to plan and budget for the continuation of ICANN’s New gTLD Program.”

He believes that while the document is good news for those that would like to apply in the future for a brand gTLD, there is still a lot of work that needs to be completed in the SubPro WG as well as in a subsequent implementation team. Some of this work may impact the assumptions that have been made.

However, he added that:

“For the 2012 round of new gTLDs, ICANN began this type of planning more than five years prior to launch of that round. And like now, planning began well in advance of the completion of the policy development process. It is essential that ICANN continue this effort to ensure that when this policy work is completed, ICANN will be in a position to launch the program without undue delay.”

In the 2012 round of new gTLDs, Com Laude/Valideus managed 73 of the 75 new gTLD applications that were awarded the maximum score of 100% from the ICANN evaluators because we invested heavily in understanding a complex and changeable application system. From the look of it, ICANN wants the next and all subsequent rounds to be more predictable and transparent.

If ICANN manages to create a simpler, faster and less-expensive application process than in 2012, there are trademark owners across the globe who might apply for a closed Dot Brand registry to protect their IP and to gain more control over their digital destiny.

This article was also published in CircleID 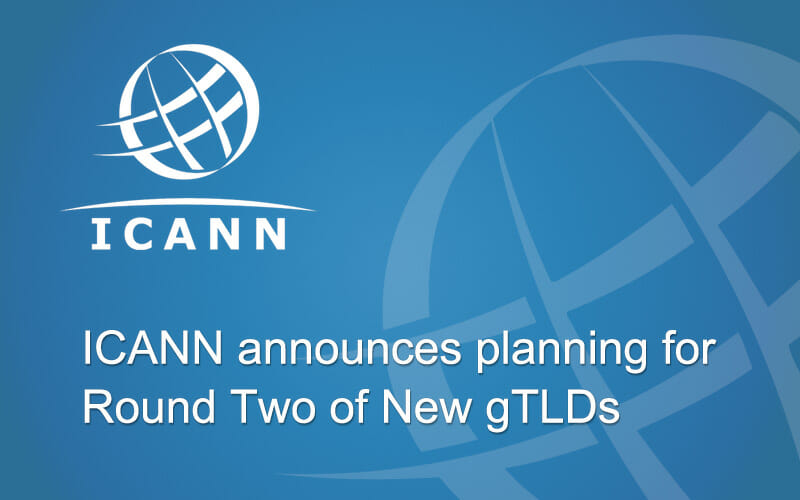 Is a dot brand TLD right for your company?

Strengthen your brand & protect your customers